"Getting out of the Box: Leadership and Self-deception - a Book to be Experienced 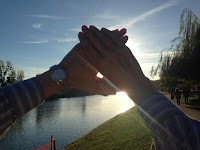 His name is Tom... After ten years of experience for a competitor, he goes for the first time to ZAGRUM, a service company where he has just been recruited as a manager. He was announced a whole day of face-to-face interview with Bud, the VP of ZAGRUM. The people he interviewed to learn more about this meeting spoke of a discovery that shows why most people are not really focused on corporate goals; a discovery that can solve all relational problems and explains alone the unprecedented success of ZAGRUM.


In fact, this interview, carried out with conviviality, yet with determination by a fifty-year-old who doesn’t look his age, will reveal to Tom simple truths about everyone’s relational functioning, especially in our families or at work, where our vital stakes are the most important; stakes that explain our sources of either trouble or serenity, disarray or deep joys, or those of our failures or our successes. Tom and Bud will be joined in turn by Kate, the current President of the company, and Lou, her predecessor, for pure pleasure but also for sake of commitment. Indeed, the discovery which Tom must make is so important that after having themselves experienced failure to an almost complete break, ZAGRUM's managers now train all their collaborators from the first hour to detect the attitudes which we all maintain spontaneously and which lead us ... "into the box", for the greatest misfortune of all our human communities.

The nuggets of managerial culture are not always the "latest" ones... The scenario and the thoughts dicussed here come from the book "Getting out of the Box - Leadership and Self-deception" published in 2002 by ARBINGER International in the United States and translated into French in 2005 by Ronan Denniel Publishers. Founded in 1979 on the basis of D.C. Terry Warner’s research, ARBINGER is an original consulting and research company dedicated to open-mindedness for better personal and collective performance. Recommended by a friend, this book has enlightened my summer reflections on my personal and professional perspectives, and appears to me as one of those that any manager or respected leader should have had in his hands. But ... Let's go back to "the box".

"In the box": self-treason and self-blinding


To get out of the box, you must first enter it... I enter the box when, for many personal reasons (laziness, egoism, fatigue...), I make a choice that contradicts my deep feeling of what would be good, both for me and for others (a colleague obviously needed help and I turned a deaf ear to him...). Then I go into "self-treason". Once this course is over, I feel the need to justify myself: for this I begin to look at things in a distorted way, now entering "self-blindness": the other is lazy, insensitive and inconsiderate, while I am a worker and a victim! The drama of this process is that I finally get accustomed to this vision of things (I "carry my box" with me). Worse, as I enter "into the box", my oppositional behavior encourages others to also enter theirs, which leads to a destructive spiral at the heart of which, having integrated my company (or my couple ...) with an authentic ideal, I find myself dealing only with myself, in a defensive attitude, against the others that I perceive as threatening.


When I am "in the box", I am mainly concerned about myself: it is then impossible to be focused on the objectives of the organization. For the same reason, it is impossible for me to go out of my box trying to change others, any more than to do my best to bear them (it would only be a fake behavior) or to leave the ship ( Since I carry my box with me!). Squaring the circle? Almost ... Except that ... If we are all often "in the box", fortunately enough thios is not always the case, and sometimes exemplary behaviors force my admiration (in front of a key customer, my manager has openly taken the responsibility for an unfortunate mistake which I was responsible for, thus maintaining my integrity). Only a person who is "out of the box" is capable of such behavior. So, if I accept to look at it, I become free from it and can, in this space of freedom which can be rather short, reconsider my relation to this or that person and to recognize there my own blindness, which generally does not go without strong emotion: asking forgiveness, to the other as well as to myself, then becomes possible and a recovery, a renewed relationship, can intervene.


Obviously, this path of liberation is never finished, and we fall back regularly into our faults. However, when an organization considers the quality of relational functioning within it as a priority, and the phenomenon described here for what it is, ie the first destructor of motivation and performance at work, then the investment in time and attention like that of Bud or Kate at ZAGRUM can only be praised. Would it not be an expression of genuine organizational leadership?
Publié par Hubert Faucher à 22:39 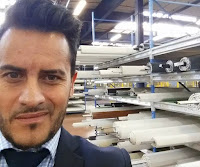